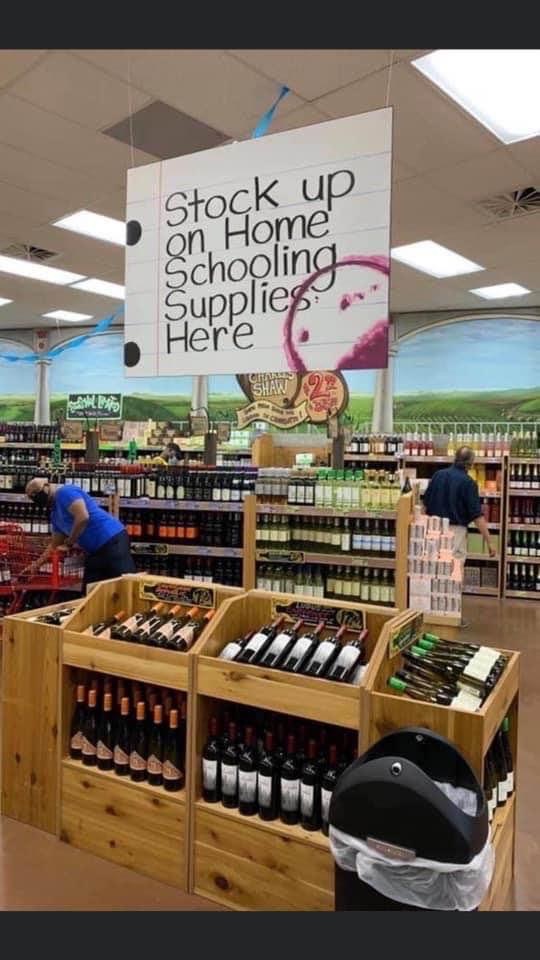 I wish whoever said, “May you live in interesting times” was alive today, to get a nice big gulp of his own advice. Fun fact: Does anyone remember it was a leap year? It had 29 days in February, 200 days in March, and five years in November.

It can now be confirmed that 2020 was misery’s firehose. Each day we had our choice on the stress menu in the Desolation Diner’s all-you-can-stand buffet. But it was an interesting year if you’re a dinosaur who likes asteroids. 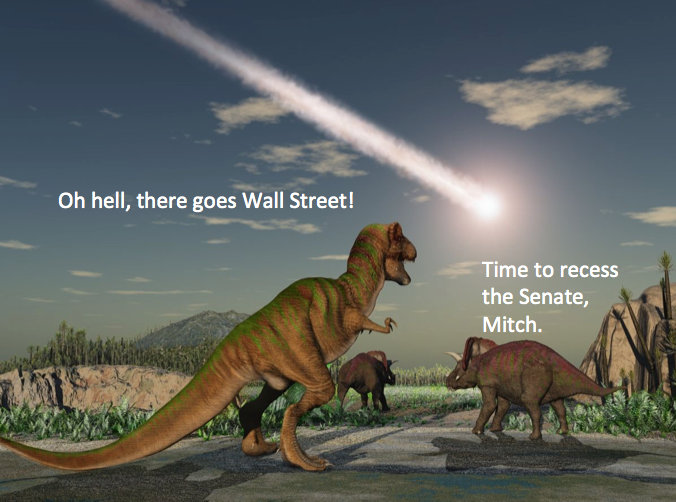 In January somebody coughed in Wuhan and the next thing you know all the toilet paper in the United States disappeared, and then this fall a grocery store chain had to apologize for this ad actually encouraging people to “plan a super spread.” 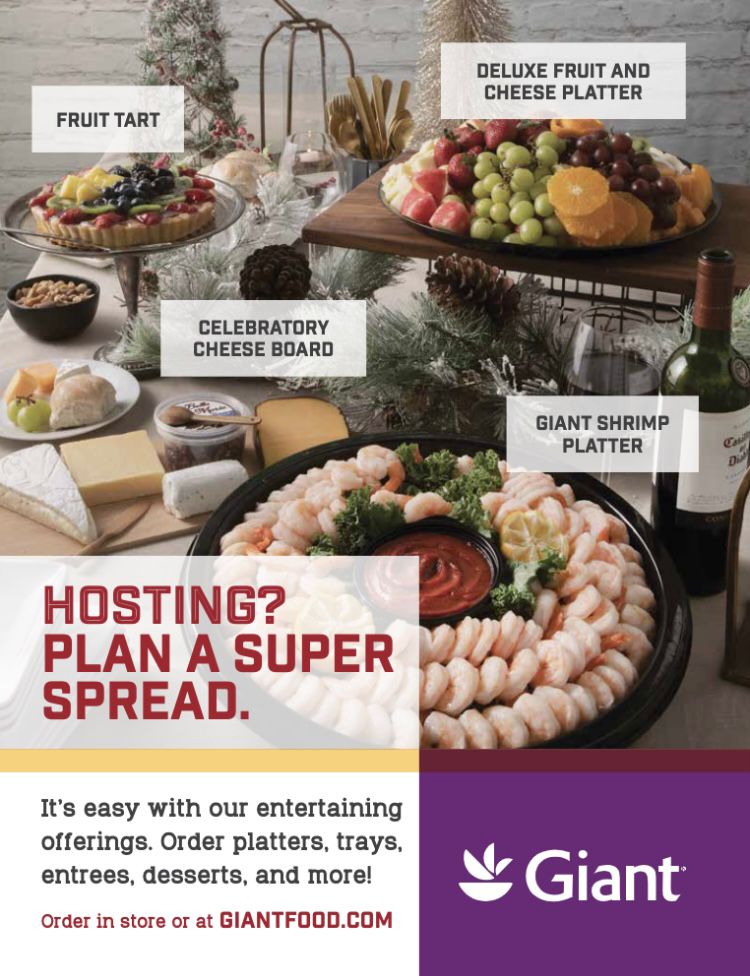 Meanwhile, the president* hosted events to help the virus get around and reach people who could not avail themselves of the healthcare he has, which is financed by the taxes he refuses to pay.

I dunno, maybe I’ll just dump a pack of M&Ms in my mask and eat them like a horse. 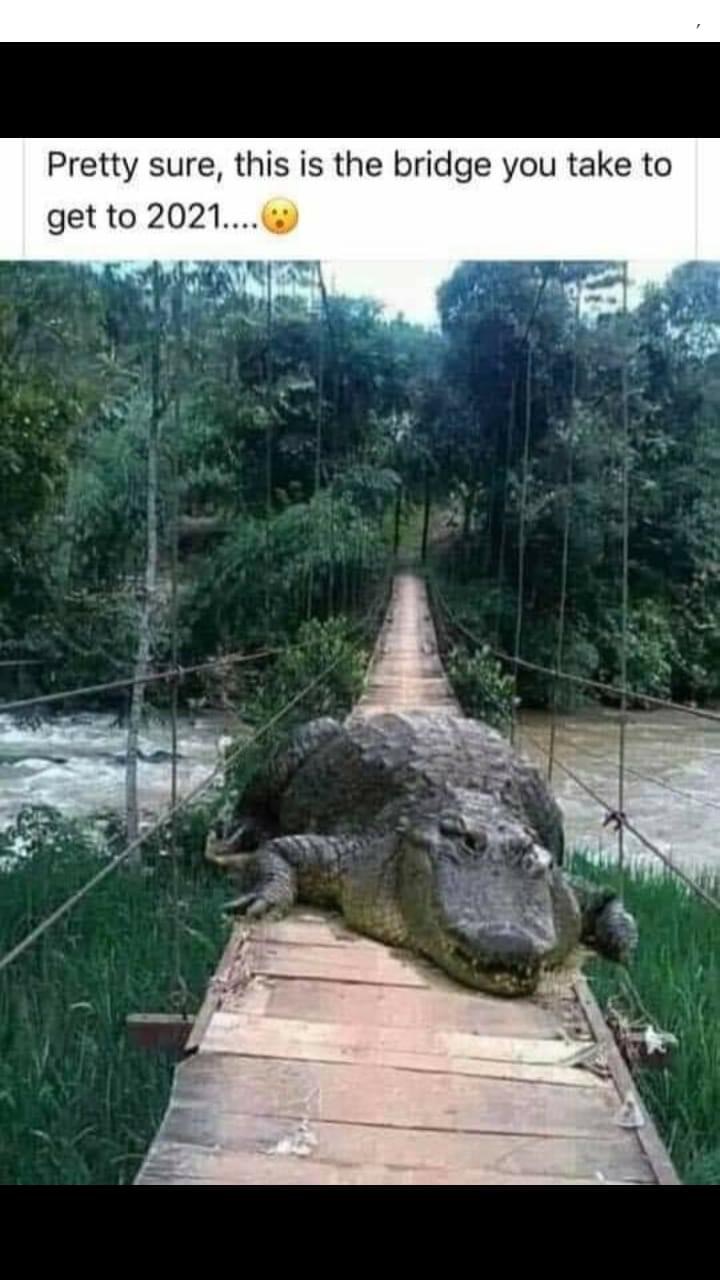 Murder hornets were by comparison an almost-fun distraction from our 74 year-old toddler-in-chief and a congress whose motto was “Nobody puts crazy in a corner.” A majority of us vowed to vote for any functioning adult, even The Cable Guy if that’s who the Democrats decided to run, and the rest just decided they liked living in a Category 5 crapstorm. Fun fact: There was an impeachment less than a year ago, but doesn’t it feel like ten? And do you remember feeling the outrage, back when outrage was actually outrage, wondering if the entire Administration had been home-schooled by Betsy DeVos?

In late spring Americans in several states actually managed to flatten the curve, though we didn’t flatten the new curves on our quarantined bods. Some states with beautiful outdoor spaces and hiking trails noticed a 400 percent increase in their use. Because we were desperate for fresh air, no? And who can remember anyway, how to play baseball or any other organized sport? Who can name any pro-sports figures at all, not counting White House golfers? 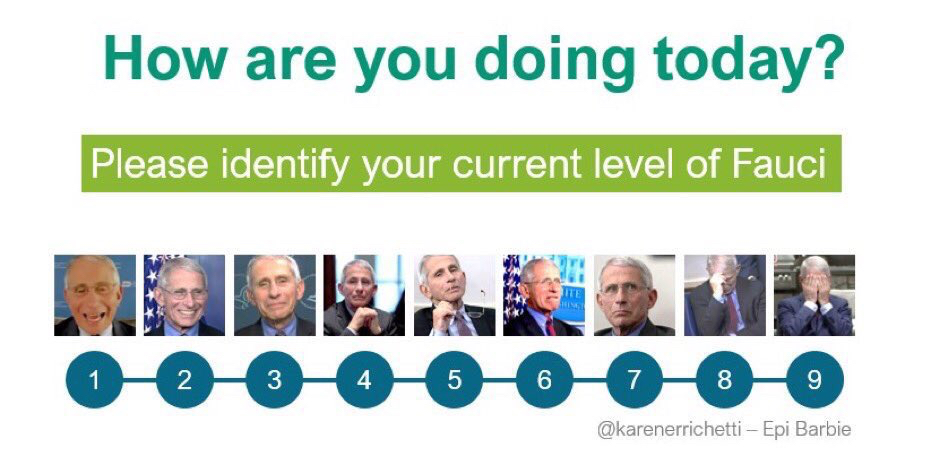 If 2020 didn’t give us sports heroes, it did give us multitudes of real everyday heroes who peacefully protested the relentlessness of racism. I’m not talking about the arsonists and provocateurs, I’m talking about the vast majority of protesters, you know, those radicals who just want humanity to be less inhumane.

Fun fact: Who knew there was a bunker under the White House that needed inspecting by the president* during protests? 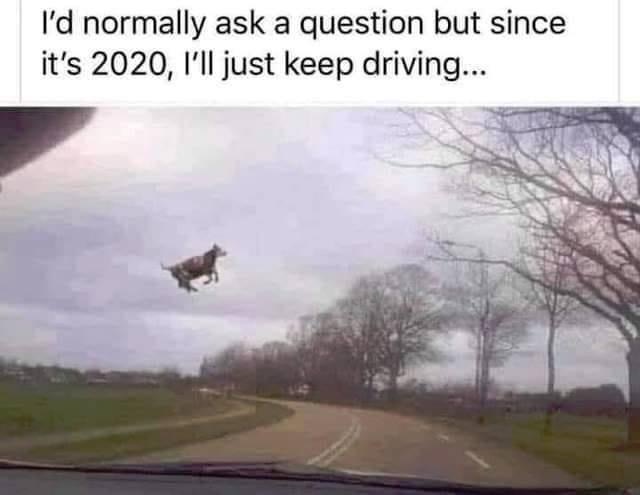 If 2020 was a drink, it would be a colonoscopy prep with a bleach chaser. If it was a symbol of legal competence it’d be a merger of  Four Seasons Total Landscaping with Dewey, Cheatham & Howe. If it was a fashion color it’d be smoke. If it was the ultimate wingèd poetic visual, it was definitely that fly landing on Pence’s head.

Fun fact: The U.S. Postal Service is not part of the “deep state,” even though it was their agents who arrested Steve Bannon for fraud.

If 2020 was a fire sale, it would be be this entire Administration on the “Everything Must Go!” rack at Dollar General. 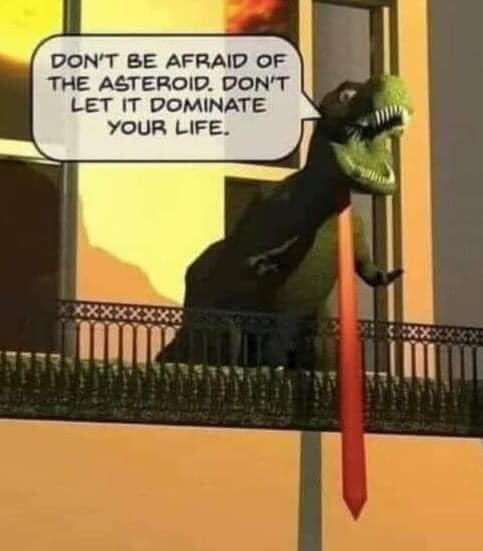 Think about it: before 2020, people actually ate birthday cake after someone blew all over it, and, they didn’t run out of the room! If 2020 was a new form of therapy it would be learning to get to sleep while counting to ten… million.

2020 was teenagers asking their parents if that offer to smack them into next year was still on the table. It was people saying, “Wow! I finished Netflix!”

But it was also about more deaths than all of World War Two, and a global sea of sadness whose end seemed tantalizingly in view until this new mutation was discovered, which is 50-70 percent more contagious. So 2021 is going to be a year of hanging on, with the end of the pandemic hopefully visible—we can hope, can’t we?

Everyone knows it isn’t healthy to be distracted and doom-scrolling on Facebook, making all those emojis do our emotional labor, or to be considering a career in hypochondria, so, of course we’re not going to be doing that in 2021… are we?

No, we’re not, because we know now, that gallows humor is one of the best ways to pass the time while waiting on the gallows. I’ve said this before, but real, down-deep laughter is a social signal that predates the development of speech; it’s a sign of acceptance, of peaceful intention, of shared relief, and positive emotions. Laughter boosts the immune system by reducing stress hormones. It oxygenates the brain and body because you’re gulping more air. Singing in the shower can do that, too. Comedians can take a fraught subject and approach it with humor, and instead of adrenaline and anger, bingo, you get endorphins and laughter. When someone tells a funny story, our brains go into an anticipatory state because the pleasure of laughing is so great. 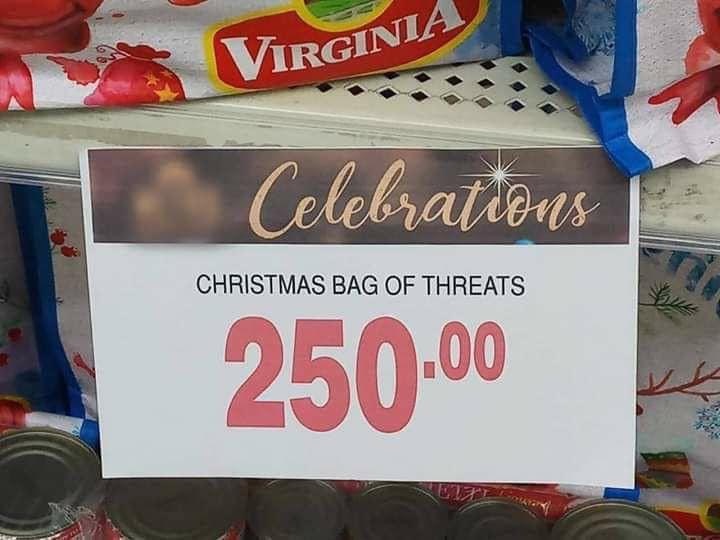 In times like this, most of us cycle up and down emotionally, that’s normal, but finding ways to self-rescue is essential. Finding laughter is one. Supporting your community is another–food banks and other good causes are going to need your help if you can give it.

The one thing I know for sure about 2020 is that laughter is the one contagious thing that’s good for us. Creativity, and especially humor, are antidotes to despair, so – stay busy, get plenty of exercise, laugh when you can, and don’t drink too much. Then again, don’t drink too little, either. 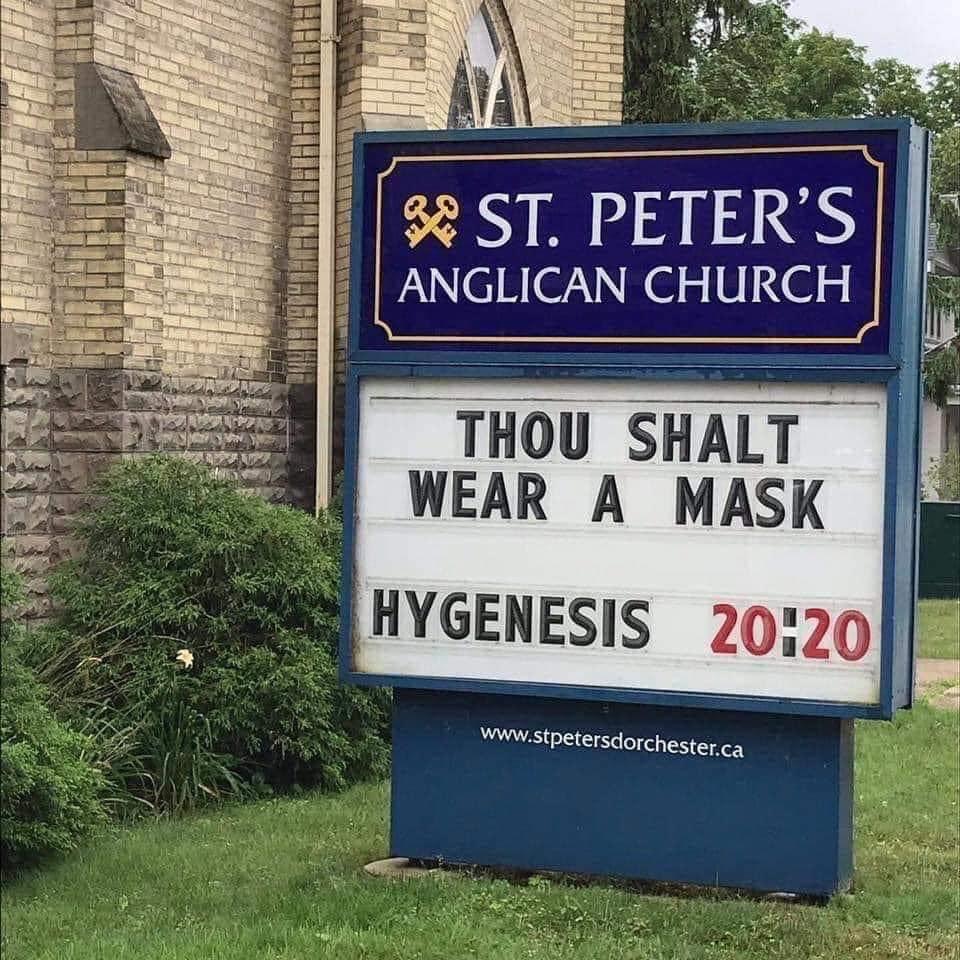