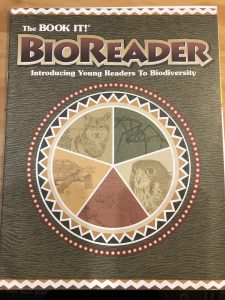 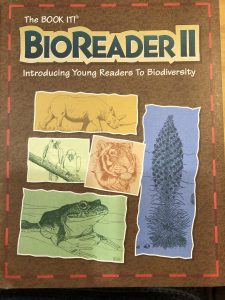 These two Book It! BioReader series books, for introducing young readers to the concepts of biodiversity, were published in 1996 and 1997 as part of the Book It! National Reading Incentive Program sponsored during those years by Pizza Hut, the Busch Entertainment Corporation, and the U.S. Fish and Wildlife Service. I researched and co-wrote the text and did many of the illustrations, some of which you can see on the covers, and in more detail on the Marginalia page of this web site. The first book in this series was so popular that a second was published the following year. According to the sponsors, the program reached as many as 75% of the nation’s 5th graders.