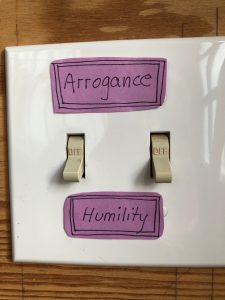 I have avoided writing about overtly political topics in this blog, mostly because it’s divisive and I need space for other aspects of my writing life. Satire is a reliable outlet for frustration, angst, and general world-weariness, but as I try to digest the events of yet another exhausting week of political crisis in the first days of 2020, satire serves neither this topic nor this writer. Not in the face of a looming impeachment trial, a brand-new potential war, and renewed, intensifying domestic and international hostilities. How does one cope?

Impeachment is not, nor should it be, a show trial. What is on trial here are the defendant’s deeds, not the sufferings of the people who have been harmed, nor the long list of grievances against him held by more than half the country, nor even American values themselves. Humankind is not on trial here, nor is racism, misogyny, or personality. Or even democracy. Much of all that is at stake, but what’s on trial here, if we are still to believe in the process set up by the Constitution, are the defendant’s deeds and their relationship to laws violated, or not.

The fact that the defendant represents, to many, an existential threat to democracy, and to others is the only man who can save America (some fundamentalists call him “the annointed one,”) is not on trial.

The fact that he cancelled a golf game to unilaterally initiate a military strike assassinating an Iranian general, widely considered to be an act of war inviting retaliation and further escalation, is not on trial.

The fact that he is using social media to provide notice to Congress of his intent to continue to use the Authorization for Use of Military Force Against Iraq Resolution of 1991 as he sees fit, which in itself may be a violation of law, is not on trial.

Only two of the many things people either love or hate about the defendant are on trial: Abuse of Power and Obstruction of Congress. I have found making this distinction to be helpful, because the verdict from this trial, if justice is to be served, should be made solely on the basis of the Articles of Impeachment and not on political, social, personal, or other considerations. The verdict, if it serves justice, will come from solemn consideration of all available facts provided by documents and witnesses pertinent to the case, and not from political grandstanding.

In impeachment proceedings, the House of Representatives functions similar to a Grand Jury, which holds hearings, gathers evidence, and when warranted, indicts. If it is prevented from gathering evidence or interviewing witnesses, that in itself is a potential crime. The trial will be held in the Senate. If you read Alexander Hamilton’s words in the Federalist Papers #65, you will find an expectation of impartiality and an acknowledgement of the “healthy tension” that should exist between the legislative and executive branches of government. You will find language saying that crimes against the public trust and injury to society, which would include interference with the right to vote, must be investigated and judged impartially. You will not find repudiation of the separation of powers, or endorsement of a legislative-executive alliance that trashes checks and balances.

Sadly, the process itself is at risk. The machinery of fairness and impartiality has become so rusty and unused that it’s possible for Senators in their official capacities as jurors or judges to get away with “total coordination” with the defendant. While past rulings have held that Senators are not jurors and are not held to a juror’s standard of neutrality, the Chief Justice ruled during the Clinton impeachment that the Senate is a court. Senators are placed under an oath of impartiality, to affirm or swear to do “impartial justice according to the Constitution and laws.” Therefore, the role Senators play is as defacto jury, but with more leeway and power than ordinary jury service. So when Senate leader McConnell boldly renounced any pretentions to open-mindedness or impartiality, whether as juror, judge or “trier of law and fact,” he cast immense public doubt on the strength, fairness, and even the Constitutionality, of the process.

Historically, justice has been a much sterner and more exacting master than politics. If jurors, judges, or triers of law and fact in any other legally valid process stated outright and publicly that they were not impartial, they would be disqualified. No juror would ever be seated who acted as the defendant’s attorney. But now, as press conferences and interviews full of alarmingly partisan statements swirl through the media and are in turn amplified by hysterical punditry that results in public outbursts from the defendant himself, it fogs the facts on trial and demeans not only the highest office in the land but also the legislative branch that is meant to provide checks and balances. And it casts doubt on systems of accountability, if not on justice itself.

The uproar has acquired the characteristics of a Greek chorus, as too many of the jurors in this trial (and I am going to call them jurors, because it’s a court and that’s their job) refuse to embrace impartiality. In Greek plays, the chorus functions as storytelling device by serving as a link between the audience and the play itself. It emphasizes and amplifies its own emotional state, and, in turn, the audience’s. While justice does not operate in a vacuum, Senators are required to weigh the facts at hand according to the law, (and to ensure those facts have been neither limited nor distorted), to call all the pertinent witnesses needed, and to behave in court in a manner befitting this most solemn of duties, without complicity or obvious political bias. That’s what we the people should be allowed to expect. Unfortunately, this has become not a matter of right vs wrong, but party vs party. As Hannah Arendt wrote while covering the trial of Adolf Eichmann in Jerusalem, “Justice does not permit anything of the sort; it demands seclusion; it requires sorrow rather than anger, and it prescribes the most careful abstention from all the nice pleasures of putting oneself in the limelight.”

Arendt also wrote that any trial must be presided over by someone who will do his or her very best to serve justice faithfully, to ensure that the defendant be prosecuted, defended, and judged, and that all the other questions, though they may seem to be of greater import—questions of “How could it happen?,” of “What was the role of other nations?” and, I will add, “Who else should be on trial here?” be left in abeyance. Justice insists solely on the importance of this particular defendant and his deeds.

While more than two articles of impeachment were considered by the House of Representatives, only two—Abuse of Power and Obstruction of Congress—were ultimately brought forward, the former being about Ukraine and the latter being because nine witnesses were blocked by the White House from testifying.

Whether you and I agree or disagree politically, we know by heart all there is to know about our own emotions and conclusions. I have outlined in this essay what I know in my head about our Constitution and our Justice system, which, if it fails us, will break my heart.