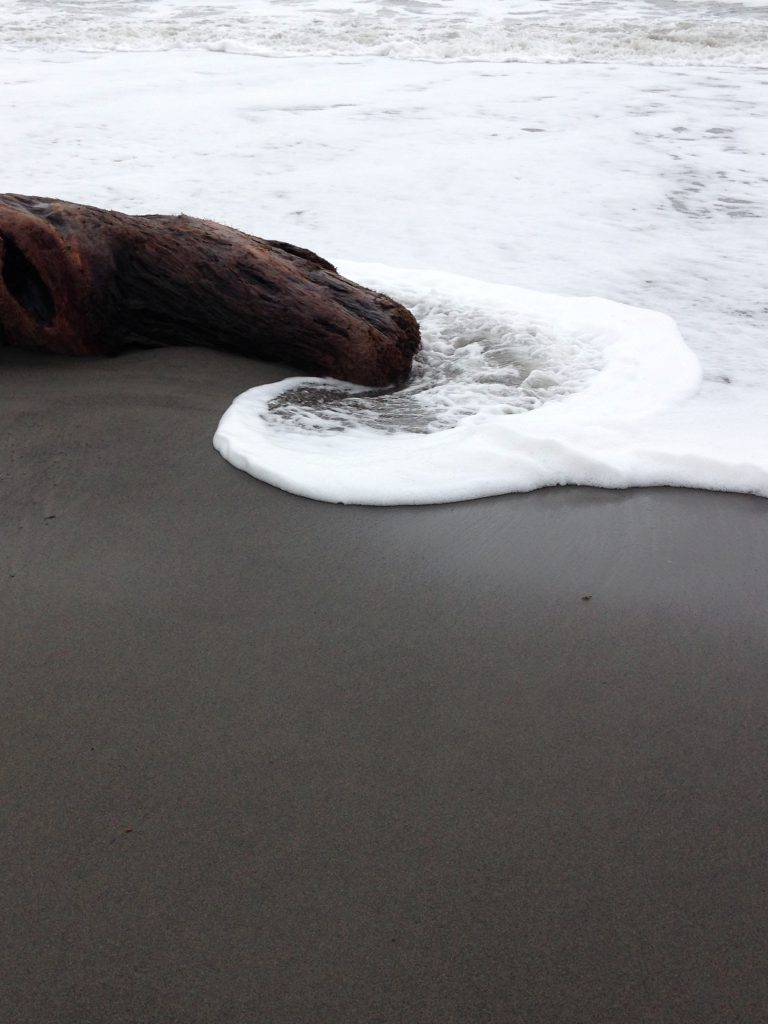 To my wonderful subscribers, thank you. This braided essay was recently published in Rainshadow Journal, but I also wanted to share it with you.

Dec 31, 2020: It was foggy this morning, and temps have not dipped below freezing in a long time. There was a thick frost a couple weeks ago, but the days blur and it’s impossible to recall when. I remember that slow curl of crystalline rime under my ice scraper, and the nip at my reddened cheeks, both rare contemplative pleasures if you’re not in a hurry.

It is day 30-something of caring for a hospice patient who is no longer able to walk on his own, yet keeps trying, and has fallen twice. He is my husband’s brother, and he has moved up here to be with us in his last days. Multiple rounds of chemo over five years only prolonged the inevitable, and the cancer has spread. It caused a small stroke that took away most but not all of his speech and most of the use of his right leg. So we rented a house for him because ours is too small with only one bedroom. My husband is living over there, and I go during daytimes to provide relief. But he doesn’t want me to stay overnight because that’s when D is most active and panicky, and there’s no sense in both of us waking up every two hours. D outweighs him by a hundred pounds and is too heavy for us to lift when he falls, so 911 must be called and told it’s not an emergency. Two paramedics come, and everyone helps.

January 1, 2021: Already it feels a little like the future, but not a lot. I have trust in it but also apprehension.

Exuberant birdsong, the sound of springtime, has accompanied winter’s cement skies, a big change from the silence of previous years. I guess the birds decided they didn’t need to migrate this year. But I migrate daily around the neighborhood, because long walks are my tonic. When the weather goes wild, that’s when my walks are most memorable. I want to walk a hundred miles with a backpack on, but for now, this will have to do.

As I was thumbing a few words into my iPhone, (and they were words of hope for a better new year), an alert beeped advising me to share my Covid-19 diagnosis with the State. I don’t have Covid yet, I’m a champion quarantiner and double-mask wearer. But if I ever get diagnosed, I’ll share it.

January 2, 2021: My husband is exhausted, even after finally getting some additional daytime help, but we haven’t found overnight home care. Hospice is unable to use volunteers due to Covid, so they’re severely short-staffed. He’s coping magnificently, but I know hyper-vigilance when I see it. In our first few hours off together he said, “I’ve forgotten how to relax.” D’s move here has upended our lives, but we welcomed the chance to care for him because we love him and were worried that he was alone, ten hour’s drive away. We knew this would be hard, but no one can know in advance how hard.

At the onset of a new year it feels like the nation itself is in hospice. The disintegrating leadership in Washington isn’t focused on the pandemic’s mortal threat. Under the lash of furious partisan political fighting, everyone I know is weary. Tweets and headlines shriek in rising hysteria, and though I’m usually good at sniffing out disinformation, I’ve been fooled a few times. This erosion of our tradition of peaceful transfer of power feels like another line crossed in a dismal series of them. I’m numb enough to begin to appreciate to a small degree how Londoners must have felt during the Blitzkrieg. In a Zoom call with a friend from England I was shocked at how pale and tired I look. It was the first thing she mentioned.

We put up a bird feeder in the backyard for D’s enjoyment, and had a laugh—my husband said, “I’m hoping for some cardinals and other more colorful birds besides these LGBs.”

“Little brown jobs. “And,” I added, “have you noticed they’ve already eaten maybe 15 percent of the birdseed?”

“Bastards,” my husband said, and D busted up laughing. He couldn’t stop, he shook all over laughing so hard, and pretty soon we were all helplessly howling and it must’ve lasted five minutes.

January 3, 2021: After a lifetime of observation I have come to see birds and animals as individuals with personalities and lives lived among their own excitements, satisfactions and sorrows, because why not see that? I have come to see them as sentient, not like humans but like themselves, sentient in ways we humans cannot visualize, because we are a moralizing, self-preoccupied, imperfect species yet capable of great love. But now, as these creatures go about their lives, I sense a confusion among them, about time and temperature and weather and season. It’s dark enough for winter, but too warm. The birds are really talking a lot this year. Hard to know if there’s sorrow in them, but it’s certainly in me. Now disease is being spread among birds from feeders, so we must take ours down. Still, it was nice to see them.

D has given up food and water. He wants to go. Hospice says it could be a matter of days.

We received an unsolicited but official-looking debit card in the mail and thought it was another scam. We hadn’t applied for a new card and had never heard of this bank. As I was about to scissor and throw it out, I googled the IRS to see if it was real, and to my shock, it is. How many people have thrown out that mailer? And if they did, how do they get their six hundred dollars?

January 4, 2021: Drenching heavy rain all morning—it should be snow. The Olympic Mountains appear to have lost some of the snowpack that will be needed come summer. There’s been flooding for a few days as a series of boilermaker fronts roll in from the Pacific. Winter in the Northwest at 50 degrees and no night frost—it doesn’t feel right. Some things may never feel right again.

D is vomiting several times a day and sleeping a lot—all part of the dying process, but still hard to accept that he’s really going to go. It brings up old feelings about my long-gone sister and the memories we might have made had she lived beyond age 22. My husband has somehow found a measure of something resembling happiness at finally being able to show the love he’s had for his brother all along—and for that love to at last be returned. It’s subtle, but they’re thick as thieves and I see it.

January 5, 2021: Relentless gales of wind and rain match my mood. That’s okay though, because the Wagnerian howl tones around the eaves are at least an honest reflection of the national mood. January as nadir. The hole from which 2021 might yet emerge, if it’s not deepened.

Even though I’m not religious, hospice work has a sacred feel to it. My grief is for D, for all the years denied to him, but also for my husband, who is losing his brother. His gift of caregiving is profound.

January 6, 2021: Early this morning D awoke from a deep sleep and said to my husband, “Something big is going to happen today.” I was at home having my first news-free morning in weeks, reading a novel and drinking coffee. When my husband called I was full of the joy of ignoring the news, and he said, “The two Democratic Senators have won in Georgia.”

“That’s wonderful!” I said, “Last night the polls said they were losing.”

An hour later, a mob stormed the Capitol. I am mute with anguish.

How did D know? His only internet use is watching YouTube videos. He’s not a social media person, is thoroughly pragmatic, and his political views are moderately left. When my husband probed for details, D couldn’t say what it was, only that he knew something big would happen today. He was as surprised as we were that it was this. Later, he smiled ruefully when I asked, “Are you in the psychic friends network?”

January 10, 2021: I couldn’t write anything after January 6 because events kept leading to questions: What is normal? Will we ever find it again? And, as D slipped rapidly away, what is normal with a dying person? Where is the balance between easing extreme distress with the powerful drugs Hospice supplied, and hastening death? D died this evening, with us holding vigil and me warming his chilly hand. We wept.

I had spent yesterday afternoon trying to tell him that I couldn’t get him out of bed, but he insisted, so I sat him up, swung his legs over the side, pulled the walker over, and said, “You can try to get into the wheelchair if you want, but if you fall I’ll have to call 911.” Who was I to deny him this? He tried as I held him, but couldn’t raise himself, so we sat there on his bed, him gripping the walker and my arm around him to keep him from falling over. We sat side by side all afternoon until my arm felt like it was going to fall off. It was the last time he ever sat up.

In the presence of a person who is within hours or minutes of death, there is a charge in the air. As I held his hand while he struggled to breathe, it felt like there were other hands on my shoulders, a sense of naturalness and expectation despite the suffering. A holiness. So, while religious platitudes offer me no comfort, and assurances of an afterlife among angels playing trumpets and all those catholic trappings are not in my belief corner, I was aware of something in the room—ancestors, maybe? A presence. Love. Hope. Light coming back.