An oligarch walks into a bar…

…and the patrons immediately realize the danger and leave.

I hope whoever says, “May you live in interesting times” is given the job of White House Tweet Control. Or perhaps Consigliere to the Attorney General. I’ll take boring times over these adrenalin-draining times any time. The stench horn of national news that once stunned us now barely registers as we long for quaint bygone comforts, like civility. Just when you thought we’ve reached peak snark, there’s another peak to climb, so the only sane short-term response is a bit of satire, no? Because satire makes us laugh, and laughter makes us feel better, and when we feel better we can think better, so what’s wrong with that?

Let’s have some fun skewering recent news headlines. I’ll go first, then you can give it a try:

Weinstein trial wraps up with a bathrobe and a massage.

Justice Department intervenes in Westminster Dog Show, runs a badger around on a leash and declares it the winner.

Woman gets flu shot, securing her membership in the Deep State.

Corporations have grown so large they’re suing themselves.

Kafka is alive, well, and fully in charge at the government.

State secrets to be retailed at a deep discount, says White House spokesperson.

In wake of impeachment acquittal, Don’t Think pieces are popular.

Your turn. Invent your own headlines and post them in the comments. 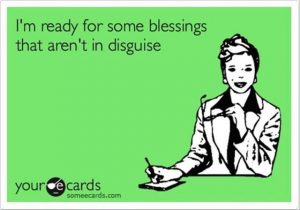