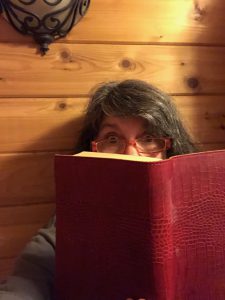 Compilations of best first lines in novels abound on the internet, and they usually include Call me Ishmael. (Herman Melville); and, Many years later, as he faced the firing squad, Colonel Aureliano Buendía was to remember that distant afternoon when his father took him to discover ice. (Gabriel Garcia Marquez); and, 124 was spiteful. (Toni Morrison); and sometimes, a prosaic favorite: You are about to begin reading Italo Calvino’s new novel, If on a winter’s night a traveler. (Italo Calvino).

Internet compilations of bad opening lines are matters of opinion that I don’t always agree with, having been puzzled seeing one of my favorite living authors listed without adequate explanation. However, among the best and worst opening lines, there is a class all its own: the first lines of The Right Honorable (and rather beloved) Edward Bulwer-Lytton, Earl of Derby, MP, Baron of Knebworth, Secretary of State for the Colonies, born 1803, who coined the phrase “the great unwashed,” but also and more famously, “It was a dark and stormy night.” The full opener, from the 965-page 1830 novel called Paul Clifford, is: “It was a dark and stormy night; the rain fell in torrents—except at occasional intervals, when it was checked by a violent gust of wind which swept up the streets (for it is in London that our scene lies), rattling along the housetops, and fiercely agitating the scanty flame of the lamps that struggled against the darkness.” Snoopy from the Peanuts cartoon series always began his typewritten stories with “It was a dark and stormy night,” and others used it too, including Edgar Allan Poe. There’s a great campfire game where someone starts out with “It was a dark and stormy night…” and passes the narrative thread to the next person sitting in a circle, who adds to it and passes it along until a (usually) wild story is concocted piece by piece.

If you haven’t heard of the sardonic Bulwer-Lytton Fiction Contest (where “www” means wretched writers welcome), then get yourself over to https://www.bulwer-lytton.com and sup on the hilarity in honor of the man who not only penned the arguably best worst opening line in the history of literature, but also coined, without the slightest trace of irony, the phrase, “The pen is mightier than the sword.” The contest originated at San Jose State University’s English Department and is in its 37th year. It seeks the most florid, atmospheric sentences that capture rapid changes in point of view. Contestants vie for the honor of having written the most terrible opening lines to imaginary novels. I myself have entered this year’s contest and am hoping for at least a Dishonorable Mention.

One winner who made me laugh out loud was Jim Gleeson, who in 2007 penned: “Gerald began – but was interrupted by a piercing whistle which cost him ten percent of his hearing permanently, as it did everyone else in a ten-mile radius of the eruption, not that it mattered much because for them “permanently” meant the next ten minutes or so until buried by searing lava or suffocated by choking ash – to pee.”

A buffet of purple prose awaits you, with an invitation to “Please inflict your own entries:” Bulwer-Lytton Fiction Contest. 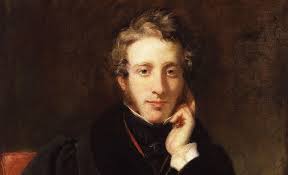 The Right Honorable Edward Bulwer-Lytton, in whose honor many lyttonies have been written.