When I was ten years old, I decided that sailing a small boat across a big ocean was a superb idea. It’s not something you tend to confess later on to, say, your high school guidance counselor when discussing future career choices like brain surgeon, diplomat or industrial tycoon (or, in that wretched counselor’s case, “You’ll make a good-looking secretary.”) Nor is crossing an ocean something you do on a whim, or a two-week vacation. No, it was just something I remember thinking, as ten-year-old me gazed at the ocean from a Maine beach about an hour after my first long look at a real offshore sailboat: Whoa, there’s no land for 3,000 miles! I’ve got to find out what it’s like out there.

In the late 1970s, women who owned and sailed boats, especially solo, were rare. I had a small wooden folkboat that I sailed mostly between Branford, Connecticut, Newport Rhode Island and Nantucket, Massachusetts. But something kept pushing me. It’s taken decades to understand what, and why, and it’s risky telling such truths in public. Because when it comes to one’s own memory, what is truth? It’s much more than a recitation of facts through the lens of experiences, fears, and needs.

Women didn’t run away to sea much in those days, but after a string of family tragedies, I did. I signed aboard a 72-foot ketch as crew, and we crossed the Caribbean from St. Thomas, US Virgin Islands, to Central America, where we spent eight more months. From the captain, a retired Navy commander, I learned celestial navigation and proper watchkeeping. The following year, I studied hard, sat the Coast Guard exam for my captain’s license, and passed. With a 100-ton license I became one of the first woman ship captains in New England. There was quite a lot of resistance to such authority, some of it made jokingly, some seriously, but most of it turned out okay with a little humor and patience.

An Atlantic crossing in a 55′ wooden schooner in 1987 had to be aborted 250 miles off Charleston, South Carolina because of a sudden structural leak that threatened to sink us in a 50-knot gale without round-the-clock pumping. When we returned to the dock, friends were astonished to see the paint completely stripped off the lower part of the hull, so dangerously fast had we been sailing and surfing down steep Gulf Stream waves – even under bare poles.

So, while I had crossed the Caribbean, sailed to Bermuda, and up and down the US east coast several times, and much later, sailed from Seattle to Alaska’s Prince William Sound and back, I still hadn’t actually crossed a major ocean. I did know, however, what it’s like to be in out in a wild sea in the middle of the night, in the middle of a gale.

I’m on my tenth revision of a memoir that will probably not be published until after my novel is published, because memoirs are so ubiquitous these days that they’re a hard sell for a first book. It’s about why a young woman would want to go to sea, to cross an ocean in a small boat, and what she was running from. It explores the paradox of how a woman can be assertive at her job yet so easily pushed around in romantic relationships; these themes are braided into chapters that describe the turbulent emotional and physical voyages I made in the Atlantic, Caribbean, and up to Alaska. It doesn’t cover the Pacific crossing in 2011-2013, though – that will be a future book.

My novel, about the generational effects of war, has three characters living in different decades whose lives intertwine because of a WW2 diary kept by a soldier in the North African and Italian campaigns. The research that went into getting wartime details right has taken me over two years. I’m aiming to finish the novel this winter, then have it professionally edited, and then begin the search for another literary agent (mine closed her business during the pandemic.)

I’ll keep you posted on progress toward publication. Meanwhile, I love to write short pieces on other topics ranging from the environment to political satire, many of which you can read from links on my published work page. Thanks for reading, and especially, for subscribing. You can unsubscribe at any time, and I don’t share emails. 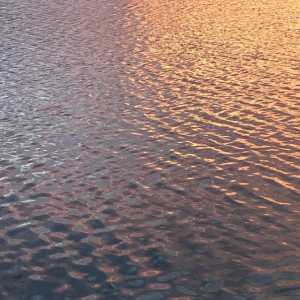