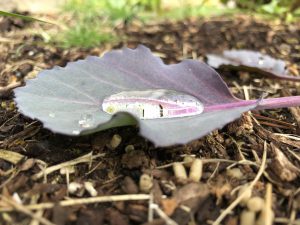 We all know the basics because we just saw the video. Two security guards who worked together for years get into an altercation on the street: one is a police officer, white, and the other is a man, black. Four officers total, the black man handcuffed and prone, the white officer kneeling on his neck as he begs for air, a crowd begging them to stop asphyxiating him, to do something, the other three officers do nothing, the knee stays and the man dies, on video in front of the world.

Any citizen of any race who is paying attention could list the endless number of incidents: driving while black, birdwatching while black, barbecuing while black, selling lemonade while black, filming a protest while black, trying to breathe while black. Protests erupt nationwide, and the volcanic rage and grief over this endless racist cruelty brings a nation already in crisis on two major fronts to its knees on a third.

When our incendiary president* tweets his latest Molotov cocktail by quoting a Miami police chief’s threat to protestors in 1967, “When the looting starts, the shooting starts,” and then he adds, “Thank you!,” you know he’s not thanking the protesters. That famous high-concept quote about comforting the afflicted and afflicting the comfortable has been utterly reversed.

When our president’s* wife tweets, “Our country allows for peaceful protests, but there is no reason for violence,” you know she is willfully ignorant of how people of color who try to protest peacefully in this country are routinely attacked. Remember Selma, Melania? No? If you want more recent, try Standing Rock. I was there, and it seemed that the more peaceful the protest, the more vicious the reaction. If you want to read my graphic account of it, go here. And by the way, Melania, in 2017 alone, 19 states proposed legislation to restrict peoples’ right to protest. Four have enacted it.

When our president’s* daughter tweets “Justice is how we heal,” it might be good to remind her that in this country, justice has a double standard. Can you spell immigration, Ivanka? Your stepmother and her parents certainly can. Can you explain why there were more than two months between the murder of Ahmaud Arbery by three men with a Confederate flag, and their arrest, finally, after three prosecutors declined the case, but only after the video of his murder was leaked? Tell me with a straight face, Ivanka, that it’s not true that money in America buys lawyers who can, in the words of a lawyer, “play a (naïve, dumb) jury like a bass guitar.”

A worried friend from England called this morning to ask, “Are you alright? What is happening to your country?” We talked for half an hour. I told her that decent people in America are trying to use democratic tools to fight an unacknowledged civil war against people using autocratic tools. As a result, the country is slipping further into chaos. Although it was a scratchy connection, my voice sounded loud and strident because I was upset; we were both close to tears.

I’m too tired to list all the insults and degradations by this Administration to the dignity and responsibilities of citizenship, or to the rule of law, or to good public policy and healthy community life. Even my outrage fatigue has outrage fatigue.

So I will take a drop of comfort from another writer in another time: George Orwell. In his 1946 essay, Politics and the English Language, he wrote, “Consider for instance some comfortable English professor defending Russian totalitarianism. He cannot say outright, ‘I believe in killing off your opponents when you can get good results by doing so’. Probably, therefore, he will say something like this: ‘While freely conceding that the Soviet regime exhibits certain features which the humanitarian may be inclined to deplore, we must, I think, agree that a certain curtailment of the right to political opposition is an unavoidable concomitant of transitional periods, and that the rigors which the Russian people have been called upon to undergo have been amply justified in the sphere of concrete achievement.’ The inflated style itself is a kind of euphemism. A mass of Latin words falls upon the facts like soft snow, blurring the outline and covering up all the details. The great enemy of clear language is insincerity. … Political language — and with variations this is true of all political parties, from Conservatives to Anarchists — is designed to make lies sound truthful and murder respectable, and to give an appearance of solidity to pure wind.”

I submit to you that our most powerful weapon in this fight is language. It is being used against us, to divide us into factions that objectify and demonize each other. This is about betrayal trauma at a national scale. It’s about keeping us so off balance that we never have time to recover from one incident before the next one kneecaps us. Denial is a useful mechanism when it’s used short-term to give you time to adjust to something awful, but when the awful hits anew every day, it doesn’t give you a chance to process the old injury. Eventually it flattens you, and you succumb to apathy, until one day you end up fighting for your very life, as African Americans have been doing for 400 years. They know denial is a luxury they can’t afford. Martin Luther King’s quote, “In the end, we will remember not the words of our enemies, but the silence of our friends,” could not be more applicable to today’s situation.

The sooner everyone, including the press, recognizes that psychological warfare and gaslighting tactics like DARVO—Deny, Attack, Reverse Victim and Offender—which have been identified by psychologists as emotional abuse tactics—are being used as a deliberate strategy by our president* and his minions to inflict emotional abuse on Americans, then the sooner we will stop feeling like a nation of victims and start resisting this slide en masse. Nobody is above the law, and nobody, no matter their race, beliefs, orientation, or political leanings, is beneath its protection.